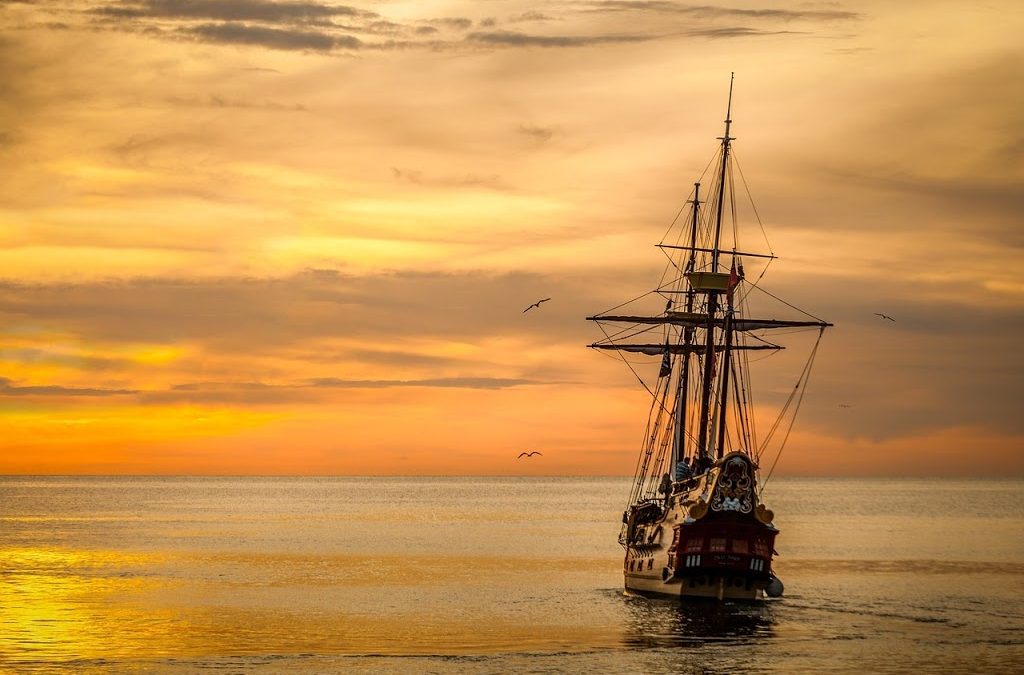 This is a bit about life. 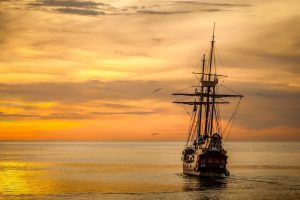 It’s about setting sail on a distant sea, for an adventure no one has clear sight of. The adventure starts and ends with singularities, called birth and death. Many believe they’ll have sanctuary at the end. This belief is born of a fear of the unknowable. As the journey continues the fear grows. Are we heading for the abyss or the comfort of an island? Will you, modern day Columbus, tip over a vast waterfall at the limit of the horizon, or reach the land of plenty?

There is going to be suffering along the way. The vessel we are given for the journey is leaky. It has defects that become more apparent as the journey proceeds. Sometimes the boat fails to leave the port. Often it flounders in the shallow waters of youth. The survivors, for such we are, struggle on. Adapting to changing conditions, sheltering those closest to us, even producing new life so  the throng of sailors grows. According to universal principles – evolution by natural selection – we continue.

We’ve discovered some physical laws, the basic blocks that life is built on. With ingenuity forged over millions of years we’ve mastered certain skills, refined our vessels, even temporarily repaired them. But this competition can have no winner. And what of the triumphs? Happiness as a state of mind can be achieved. It may come to be our goal. And we also discover we are lazy, gluttony, selfish and often bad. We are creatures tuned to the habitual like clockwork mice.

The real evil comes from those whose ideology claims they are better than the rest of us. That the islands they are headed for are exclusive. These primitive ideas spring from a lack of vision, a failure to see what the adventure really is: to use your boat until you are exhausted; to make new life even if the act wears you out; to be happy, whatever that might mean, and unselfishly promote that happiness so that others might enjoy it too.

The most we can say about life is that it has momentum. If there’s an island over the horizon we will plot a course. Our minds, inquisitive and based on what our developed senses show us, are capable of great things. Like self analysis and scientific enquiry. The scientific mind embraces change, it adapts to new information without judging and instead by re-evaluation forms new ideas, new comforts.

But other travellers base their knowledge on a faith that the looming horizon will bring a benefactor. They like being ruled and want their ruler to comfort them. Primal subconscious desire for the Father and a lack of scientific knowledge drives them to wreck the boats and happiness of other travellers. In the name of their benefactor they fear the very unknown the scientist looks for.

Still others believe that fulfilment can only come from devotion to the horizon. Subjugation and ritual are used to extend the journey. They take science’s gains but say that whatever is ahead is great but we are here now. I say there may be lands of plenty but there is no evidence for them. There is still no word from those that have gone ahead.

And on this matter the silence from supernatural shores is deafening.

This site uses Akismet to reduce spam. Learn how your comment data is processed.